We invite you to visit the historical parks of Barcelona

Did you know that Barcelona is one of the European cities with the most trees on its streets? The city has 2,784 hectares of gardens and parks, with 148 parks delimited with gates for its care and control. Now that the good weather has arrived to stay, from Hostemplo we want to invite you to know some of the most emblematic historical parks of the city. Wear comfortable shoes, we go for a walk! 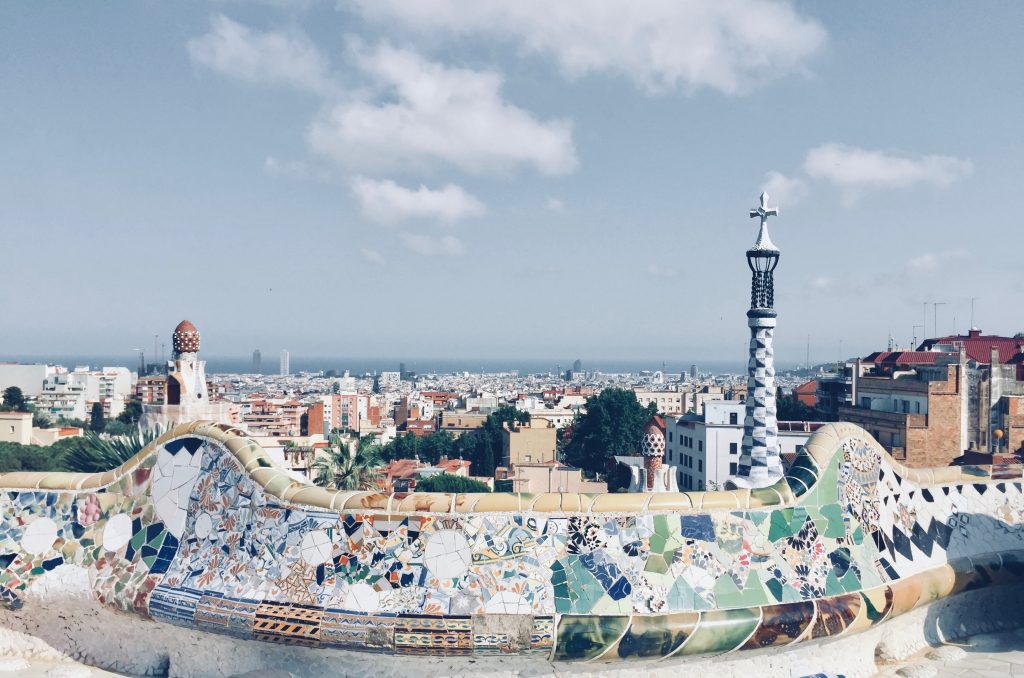 We’ve already mentioned it in articles about Gaudí’s work, how could we miss it!  I’m sure you’ve seen a picture of its fountains or the views from its impressive viewpoint.

Like other works by the modernist architect, the park was commissioned by his patron, Count Eusebi Güell. The project consisted of building a residential housing development in the style of English garden cities, so the original name is in English, Park Güell. Work began in 1900, bypassing the uneven terrain of an abrupt area known as Pelada Mountain. The pavilions at the entrance of the park were intended for the reception and the administration of the residential area, which would even have a market in what is now known as Sala Hipóstila, with its large Doric-style columns.

Despite being a privileged area with spectacular sights of the sea and over the city, the sale of the houses was not successful: only a plot of the 60 planned was sold. In fact, only two houses were built, one of them as a sample, where Antoni Gaudí lived from 1906 to 1926. In that year the park opened its doors to the public after the City Council of Barcelona agreed to its purchase in 1922, in response to the offer of the heirs of Mr. Güell after his death. The tourist attraction of the Parc Güell is indisputable, and, although since 1914 it had only been used as a large private garden that Güell used to cede for public events, it was already beginning to appear in tourist guides. In 1969 it was recognized as an artistic monument and in 1984 declared a Cultural Heritage of Humanity by UNESCO.

How to reach Park Güell 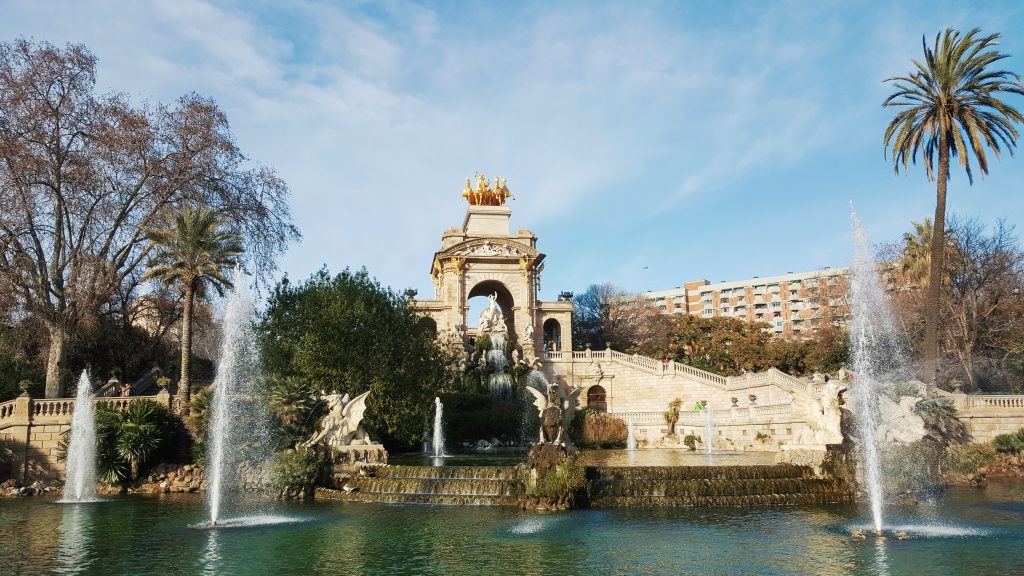 It is the first large public park in Barcelona built for this purpose. It was built in 1872 on the grounds where Philip V had built a military citadel to control the city in 1715 and that’s where it takes its name from. Later on, the original layout was modified twice: first to include the Universal Exhibition of 1888 and, later, to locate inside the Barcelona Zoo, which takes up half of the land.

Although the project was by José Fontseré, it also had the collaboration of a young Gaudí, who carried out the hydraulic project of the Monumental Waterfall and the artificial grotto below.

In addition to walking among the over one hundred plant species and centuries-old trees, you can also take a paddle boat ride on the lake, one of its main attractions. In the Ciudadela Park there are options for all tastes and all kinds of recreational and cultural activities are held throughout the year. Although you don’t need any events as an excuse because we can consider it an authentic open-air museum, with a multitude of sculptures of all kinds, varied materials and excellent authors.

Where is it?: Passeig Picasso 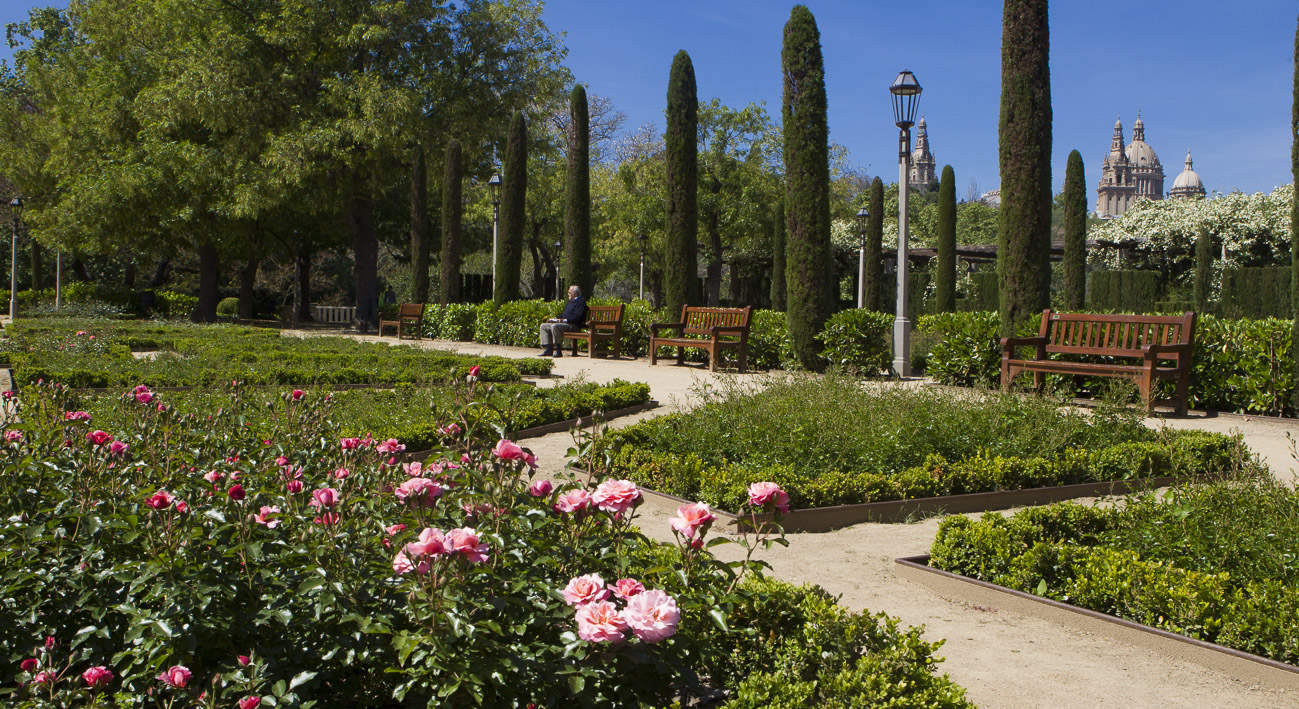 The Grec Gardens is another of Barcelona’s historic parks, built in the early twentieth century on the Montjuc mountain as part of the green spaces of the 1929 Barcelona International Exhibition. Its main objective was to connect the large Solstici Square, where the Miró Foundation is now located, with the lower part of the promenade and the other buildings of the International Exhibition saving a slope of 44 meters. Strolling through the gardens you will tour various terraces on different levels: aromatic plants, a viewpoint, climbing plants… to reach the main level, with a mosaic of roses that reminds us that it was initially conceived as a rose garden. There you can also find the Greek Theatre, built on top of an old quarry. If you have the opportunity, we recommend that you also enjoy one of the performances of the Grec Theatre Festival, which has been held there every summer since 1979. 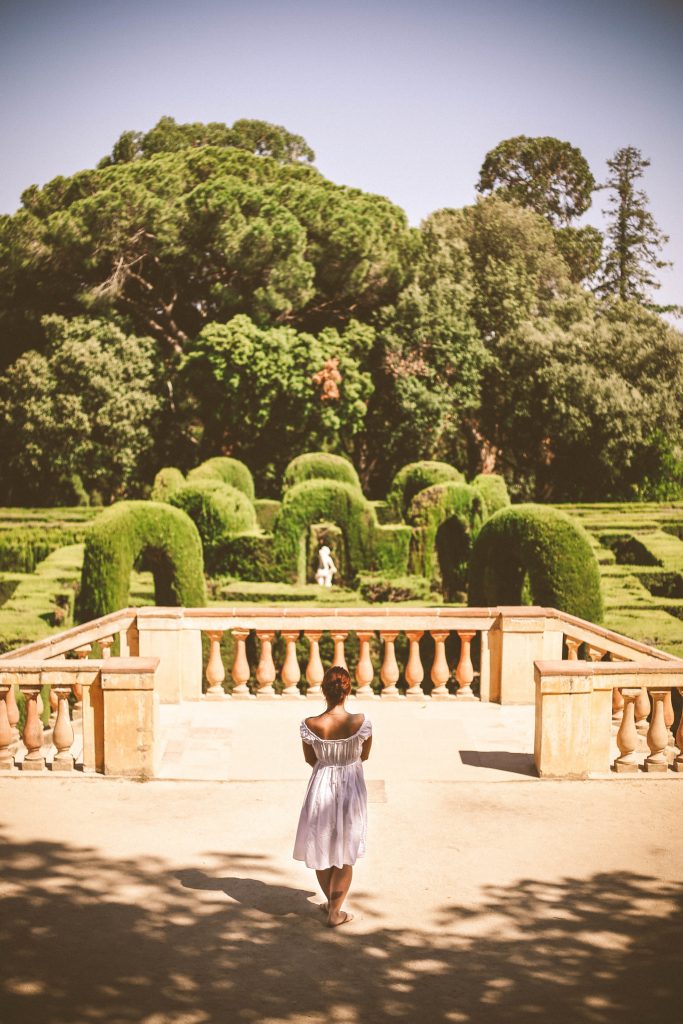 To finish our tour today we want to take you to the oldest garden that is preserved in Barcelona. Built by an Italian architect and a French gardener between 1794 and 1808, this neoclassical garden was not a public park until 1971. As the name suggests, the main attraction of this park is a huge 750-meter plant labyrinth whose walls are wide trimmed cypress trees. If you fail to reach the center of the maze or do not like the feeling of not knowing where the exit is, you will be able to contemplate the central statue of Eros from above, on the intermediate terrace of the park, from where you will also have the opportunity to admire all the nooks and crannies of the maze.

And after so many turns in the maze and spending all day touring the parks of Barcelona, you deserve a good rest! There’s no better place than Hostemplo to regain strength before you continue your visit to the city of Barcelona. Remember, if you book through our website you have breakfast included throughout your stay!