There are cities that are worth a film, and Barcelona is certainly one of them. In fact, there are numerous movies and series that have had the streets of the city as a filming set. From Hostemplo, we’ve made a selection with some of our favorites so you can get to know the most iconic corners of the city through the screen and see how some of them have varied over time.  Lights…action! 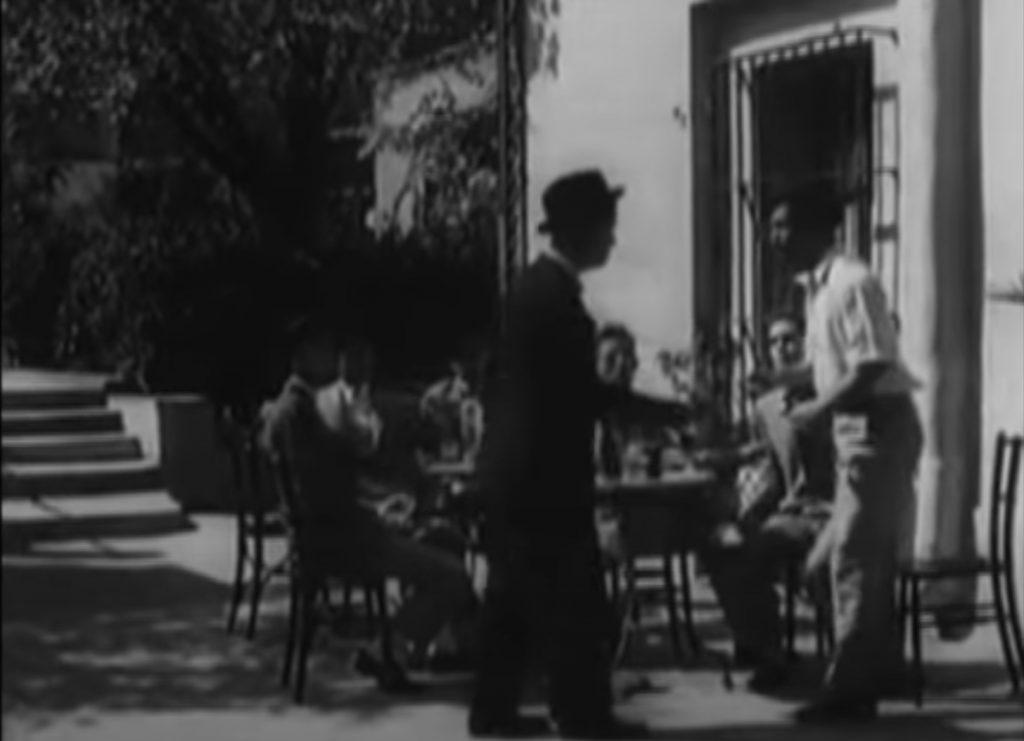 Although we are aware of the existence of some previous document about the city, we can say that “Riña en un café” (Dispute in a café) is the first film with a plot in Barcelona and also the first one in Spain! Fructuós Gelabert directed and filmed it in 1897, with a camera he had built himself. Only one reconstruction that the director himself made in 1952 of the original version is preserved. This brief story stages the fight between two men after one of them, who sits with his friends in a café in Sants, makes a flirtatious remark to a girl who passes by dressed in black.

Here you can see the moment of the dispute. 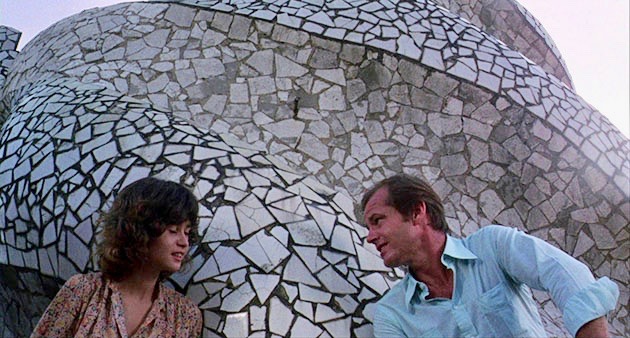 “The Passenger” is probably one of the best films ever made in Barcelona. The film is, in short, the story of an escape through Europe whose protagonist, performed by Jack Nicholson, apart from geographically also flees from himself. It narrates twenty-four hours in the life of a reporter, and that time that takes place in North Africa (Sahara Desert), London, Munich and finally Spain (Barcelona, Seville, Malaga, Marbella and Almería). Antonioni, who was passionate about architecture, takes advantage of emblematic places of Gaudí’s work to shape the spaces. An sample is the terrace of La Pedrera, which we can also find in Woody Allen’s ‘Vicky Cristina Barcelona’. It is a good opportunity to observe the iconic building before and after its restoration in 1987. 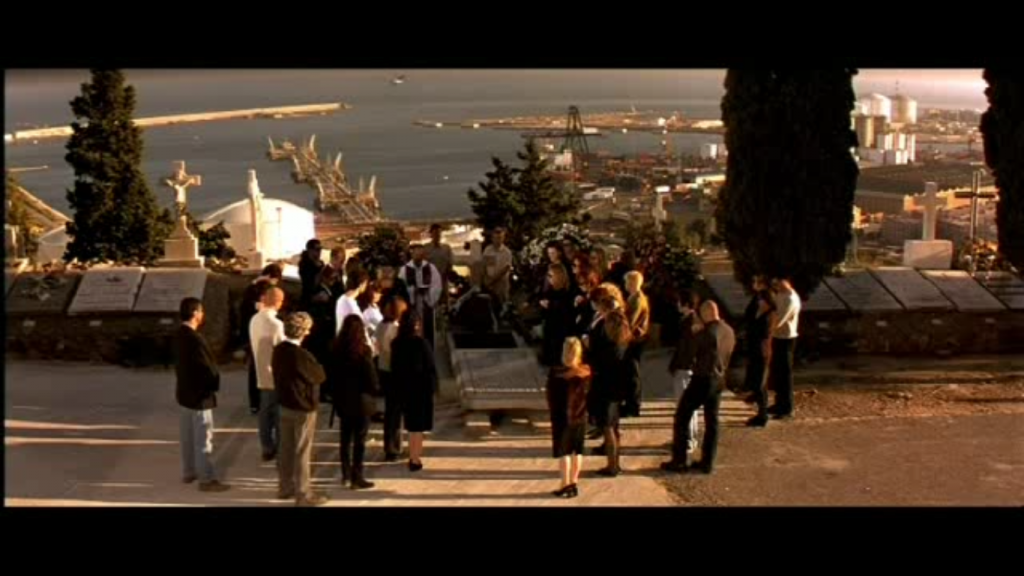 A classic of Spanish cinema! Pedro Almodóvar won with this story shot in Barcelona the Oscar for best foreign-speaking film, as well as several Goya awards. After the death of her only son, Manuela, the protagonist, moves to the city from Madrid to take refuge in the past and look for his father. Some of the places that appear in the film are: The Palau de la Música, the Sagrada Familia, the Statue of Columbus, the Montjuic Cemetery, the Casa del Gremi de Velers, The Street of the Caputxes and the modernist building Casas Ramos. Highlights include the final scene in the Montjuic cemetery, which caused a great impact and fascination within the critics. 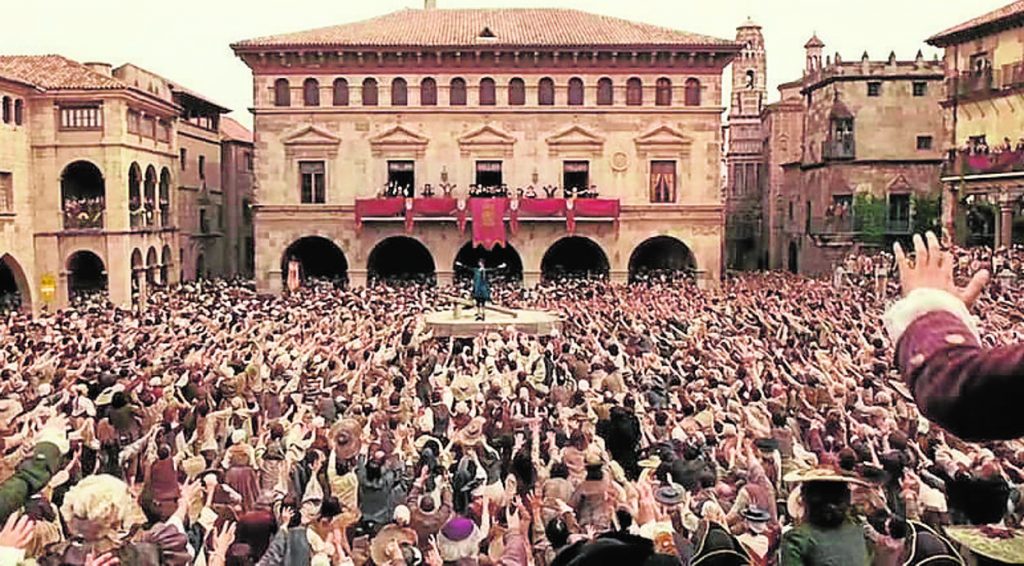 It is the adaptation of the well-known novel by the German writer Patrick Soskind. Although the story of Jean-Baptiste, a murderer who perceives the world through smell, is set in 17th-century France, more specifically in Paris, the film was shot in Barcelona. We can find locations such as the alleys of the Gothic Quarter, the Cathedral of Barcelona, the Labyrinth of Horta, the Merce Square, the architectural museum of Poble Espanyol, or the square of Sant Felip Neri. For the final scene of the execution, a week of filming was reported, involving more than 800 people, including supporting and figurative actors. 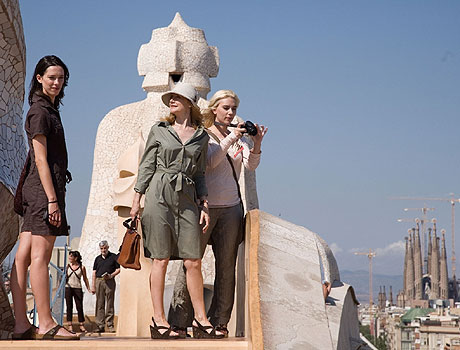 Barcelona stars alongside Penelope Cruz, Javier Bardem and Scarlett Johansson, this comedy by international filmmaker Woody Allen, just as New York and Paris had done in previous films. The story tells us about the summer holidays that two American friends spend in Barcelona, where they meet an artist who while trying to seduce them shows them corners of the city such as the Ciutadella Park, the Rambla, the Sagrada Família, La Pedrera and, of course, the Park Guell or the Tibidabo.

You can’t miss the song Barcelona by Giulia and the Tellarini, that sounds while visiting the city! 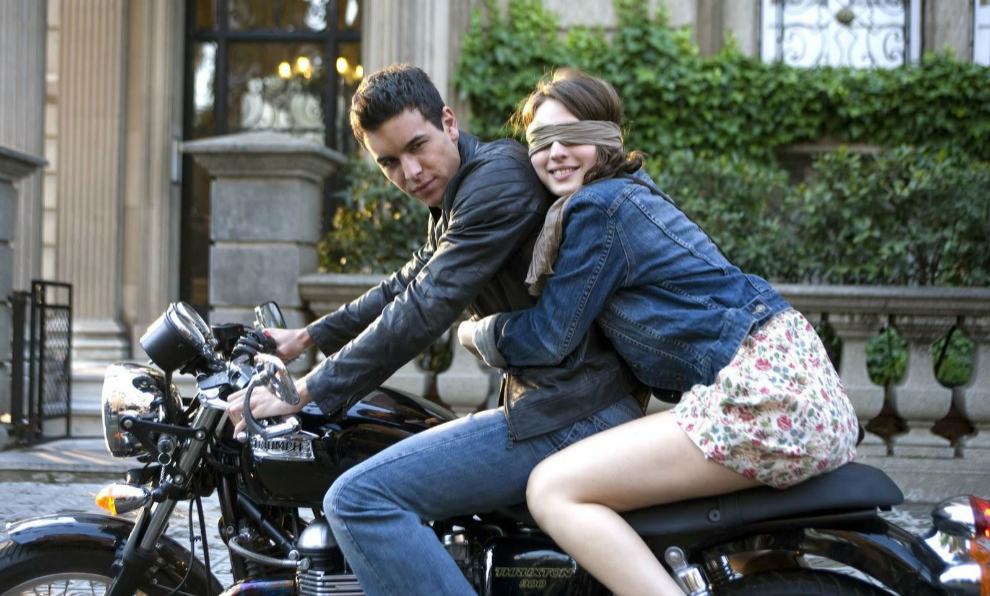 The two episodes of this romantic story were one of the highest-grossing films at the time. Based on the books of Federico Moccia, the plot that originally takes place in Rome was filmed in Barcelona and surroundings. A teenage love story that takes place in different locations of the city of Barcelona, such as the neighborhood of Sarria, the bridge of Vallcarca where the phrase ‘You and I is reflected 3 meters above the sky’, the Bunkers of Carmel, the Razzmatazz club or the Port of Barcelona, where illegal races took place.

And after watching all these movie gems, you probably feel like visiting in person the locations where they take place to experience the stories and adventures of their protagonists yourself, right? At Hostemplo you will be our one and only star, here we wait for you to spend a few awesome days just a couple steps away from the Sagrada Familia. Plus, you will have FREE breakfast throughout your stay if you book through our website!