Symbolism and myths around Barcelona

Have you ever heard of all the myths around Barcelona? They’re everywhere: in the streets, among the people, and they’re part of its magic. Today, at Hostemplo, we want to tell you about all the symbols around the city. Do you want to find out more? Keep reading! 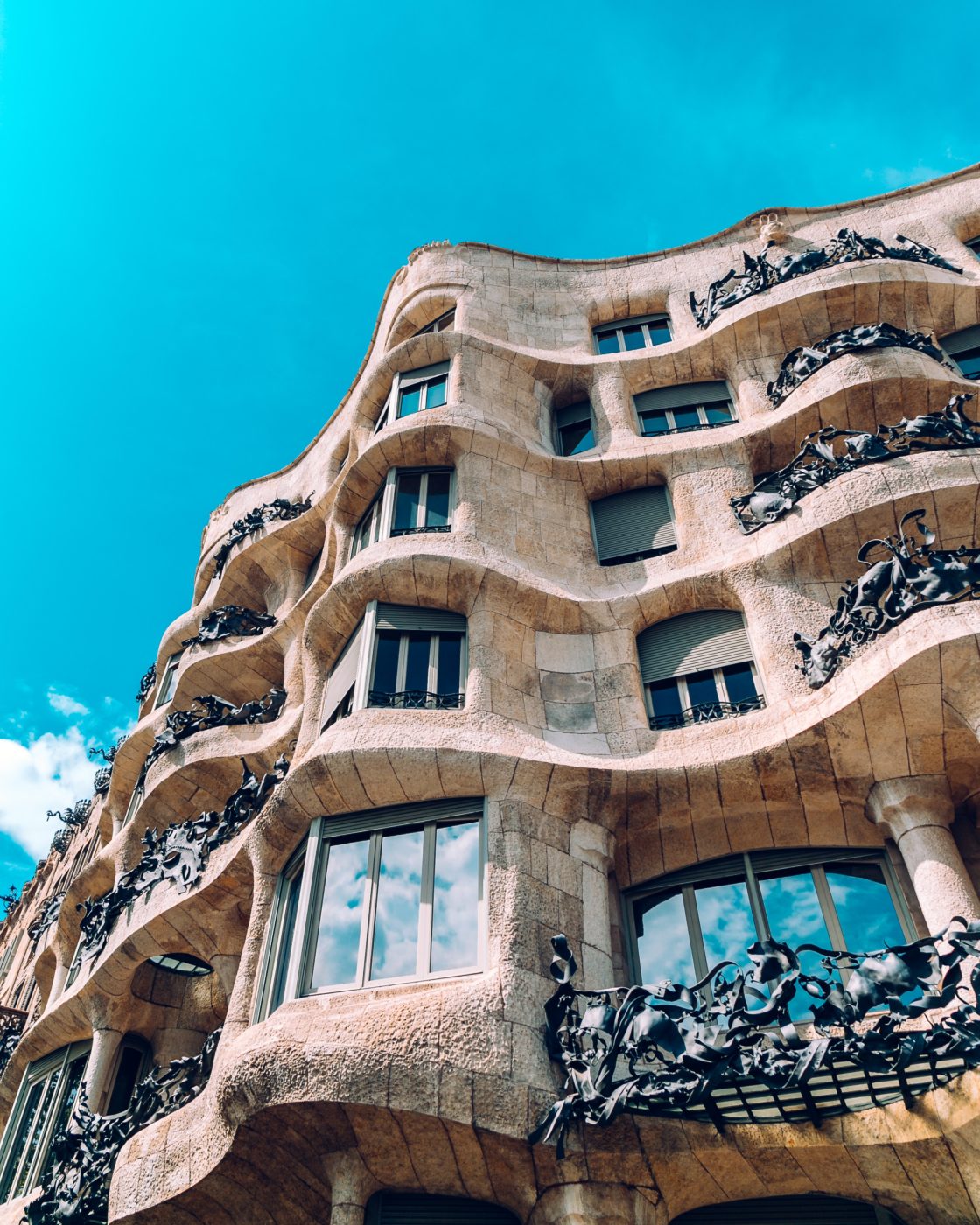 Photo by Florencia Potter on Unsplash

At Hostemplo, we declare ourselves fans of modernism and especially Gaudí. As you know and we have already expressed in this blog, Gaudí was a religious man and his devotion is obvious in all his works. For example: did you know that the roof of Casa Batlló represents the legend of Sant Jordi? The White tower with the four-arm cross o symbolizes the sword nailed in the backbone of the dragon, formed by the colorful roof in green and blue with a touch of red that is the blood sprouting from the animal. On the other hand, the bones and masks on the balconies represent the victims killed by the dragon before it was defeated.
That’s not all, though. In the Sagrada Familia, actually,  there is a magic table on the Passion façade of the temple. This magic table, are numbers sorted in a way that by adding both columns, rows or diagonals, it always give as a result the same number. In this case, the result is 33, the age in which Jesus Christ died and the highest degree within the Masonic lodges, which surround the symbolism of the city.
THE BARCELONA TILE:

The “flower pavement”, also called Flower of Barcelona or Rose of Barcelona, is a type of tile designed by Josep Puig I Cadafalch. Originally conceived for the Amatller house, it was later used to pave numerous streets in Barcelona, especially at the Ensanche. In Barcelona there are more than twenty different types of tiles, although only one has become a symbol of the city, the «Panot de Flor», one of the most widespread and with more history. If you want to know everything about this tile, discover here all the details!
COLUMBUS POINTS TO ASIA
Another thing you may probably have noticed if you like geography and you orientate well is that the famous monument of Columbus does not point to America. To do it properly, it should do so in the direction of Las Ramblas. However, they thought this would be more confusing and that’s why it was decided to put in the current position.
WAR MARKS AND GRAVES: 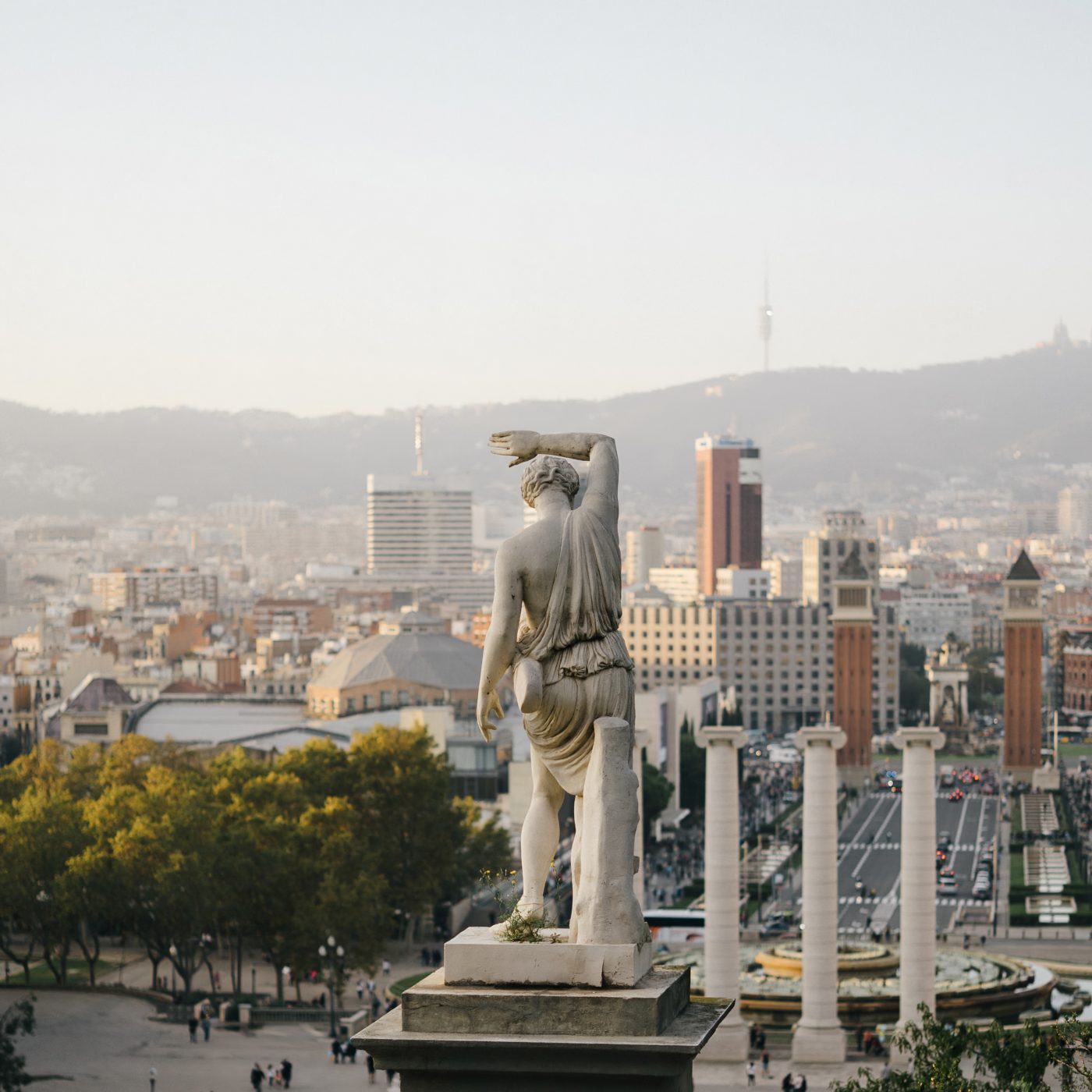 Photo by Valdemaras D. on Unsplash

Barcelona has suffered a lot of losses and this is part of its history. For example, do you know the origin of the word Montjüic? The traditional attribution of the etymology of Montjuich is “Mount of the Jews”, coming from medieval Catalan in theory, and due to an existing Jewish cemetery on the mountain, which documents and archaeology confirm. And do you know where some of the tombstones in this graveyard are now? They were taken as stones to build the cathedral of Barcelona; amazing! Don’t you think?
But that’s not all, the mark of war is also visible in the city of Barcelona. At Sant Felip Neri you can still see,  almost intact, marks of shrapnel that bombed it during the Spanish Civil War in 1938, where more than twenty children died.
DRAGONS IN BARCELONA

Photo by Tania Mousinho on Unsplash

Who said Game of Thrones? The Dragon is one of the most representative symbols of our city. Not only for our legend of Sant Jordi, nor the dragon of Parc Güell… Did you know that centuries ago the city was called Drakcelona? Currently, there are more than 400 dragons hidden among façades and monuments.
Want to find out more? Miquel de Moraga goes through the streets of Barcelona in his book. He has walked kilometers with a goal: to search for some very specific preys: the symbols of Barcelona.

And remember… If you don’t have accommodation yet, at Hostemplo you will feel at home. We have suites, rooms and apartments. We will welcome you with open arms and breakfast at your table every day of your stay. Don’t wait to make your reservation!