August means city festivals, celebrations and holidays. Today, at Hostemplo we tell you all about Barcelona’s neighborhoods festivals. Gracia and Sants districts are the ones that win hands down in terms of program, but we bring you further proposals. Do you want to enjoy Barcelona festivals? Follow us! Cheer up: it’s festival time!

Las Festes Majors (fiestas mayores) are the perfect opportunity to celebrate neighborhood life and Catalan traditions. They are vey popular and all neighbors take part in them decorating the streets.

Human towers, correfocs, sardanas… They are symbols of the Catalan culture with a prominent place during these festivities. Plus, they are followed by plenty of open-air free concerts. All activities are free, popular and informal. 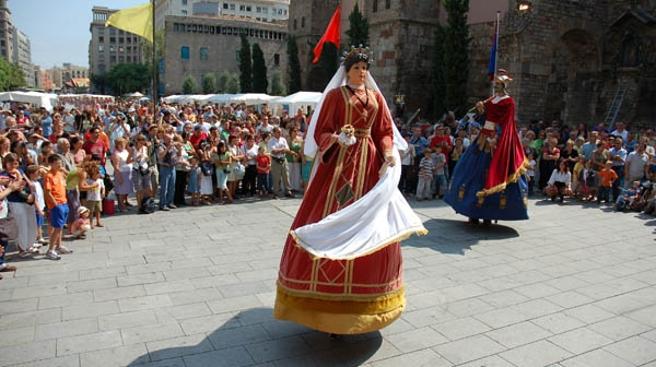 The Gothic district festival is known as ‘Festes de Sant Roc’ (San Roque, in Spanish) and Catalonia’s Government has declared the event as Heritage of National Interest. The reason is that they are the oldest festivities in the city, dating from 1589. Did you know that?

Video of Gracia 2017  from barcelonacheckin.com

Decorated streets, live music, popular meals (sardine barbeque, butifarra -Catalan sausage-, snails…) children activities, … does it sound appealing? All this and much more is what symbolize the Gracia annual neighborhood festival. In case you still don’t know, take good note on your calendar! This year, the Gracia festival takes place from 13th to 19th August. It is the most iconic neighborhood festival in the city and it has been declared Traditional Festival of National Interest by the Generalitat (Catalan Government), and awarded with Saint George’s Cross (Creu de Sant Jordi.)

Gracia’s Festival is relatively recent, as well as the neighborhood’s history itself, dating back to the beginning of the 19th century, when the farming society evolved into a combination of artisans, workers and small merchants. Even though, this festival has by itself become one of the most renowned and awaited celebrations in Barcelona’s calendar. There are plenty of activities taking place during the whole festival, particularly the weekdays, morning and afternoon, offering alternatives for all likes and ages.
One of the major attractions of the Gracia festival are the free concerts organized every year by Sala Heliogàbal, also known as Festigàbal, counting on groups like como Me and the Bees , The Zephyr Bones , Sandré , L’Hereu Escampa, Disco Las Palmeras! this year, on the 17th and 18th of August. 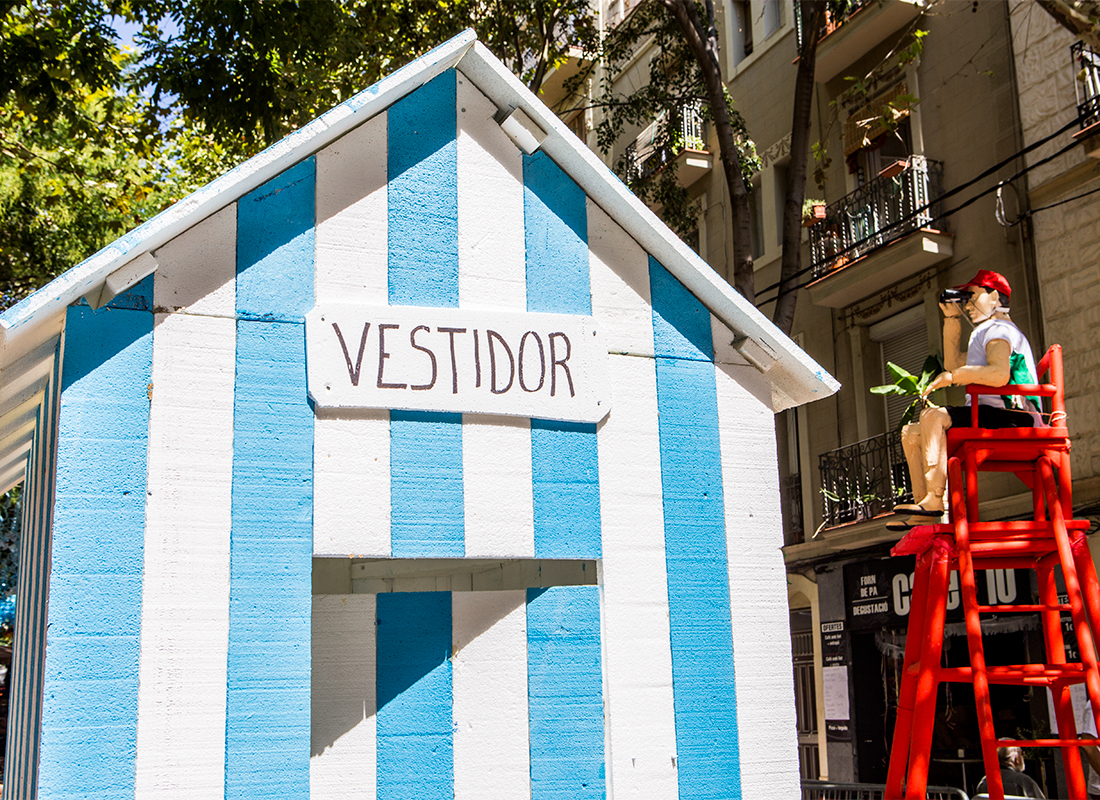 The Sants festival takes place right the week after the Gracias ones, the last week of August. Activities are going on non-stop and offer choices for all tastes and ages. There is a special atmosphere surrounding this festival and we may find street food and drinks at very convenient prices.

The Festa Major Alternativa (fringe festival) has a big attendance thanks to previous years success and they count on their own programming, organized by the neighborhood association (Assamblea del Barri).

We recommend you to have a look at TimeOut’s selection for August in Barcelona, and to revise our precious posts about refreshing plans for summer in Barcelona. And also, if partying so much and walking around makes you feel exhausted, maybe you deserve a good rest.

You can find us at Hostemplo, your best choice for accommodation in Barcelona. Remember! If you book through our website through our web, you’ll get your first breakfast for FREE!!